Parcels are a funk-pop group from Byron Bay Aus- tralia conceived in mid 2014. Patrick Hetherington, Louie Swain, Noah Hill, Anatole Serret and Jules Crommelin forged a tight musical bond in the years previous, performing in an array of projects ranging from metal bands to folk ensembles. Thereafter the broad range of members’ in uences and sensitivities met in a unique blend of contemporary electronica and matured funk disco.
The ve piece formed during their nal year of high school and spent the remainder of the year between bedroom studios and dimly lit garages recording their rst, self-produced EP ‘Clockscared’. Well re- ceived in Australia and Europe this debut represents the rst recoding ever produced by its members, where wide synth soundscapes and an electronic rhythm section meet lively guitars and ve part vocal harmony.
Shortly after this rst release all ve members left the sunny shores of their coastal Australian home- town for Europe’s hub of musical inspiration, Berlin. With a one way ticket, keyboards and minimal funds, the tedious task of relocation was undertaken.
The bold action of moving to the other half of the world paid o as the quintet’s synth loaded funk caught the eye of novelty thirsty label Kitsuné, who featured a Parcels tune on the 2015 edition of their famous Maison compilation series. Soon enough they met Gildas Loaec, founder of Kitsuné, and were wel- come with open arms in the foxy family. 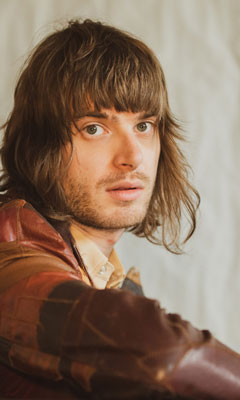